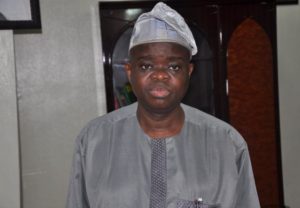 Born on the 4th of October, 1961, at Inisa, in Odo –Otin Local Government Area of Osun State, South West Nigeria, Prof. Gabriel Olatunde Babawale had his post-primary education at Inisa Grammar School, Inisa, Osun State, from 1973-1977. As an undergraduate and postgraduate student at the then University of Ife (now Obafemi Awolowo University) from 1977 to 1985,  he distinguished himself as a versatile academic having to his credit two prestigious academic honours: Scholar, University of Ife, 1983-84 and Departmental Scholarship Grant for Best Graduate Overall Performance at the Department of International Relations ( 1983/84 session).

As a distinguished academic whose intellectual engagements traverse Nigeria, Africa and other continents, Prof. Babawale began his career in teaching, research and scholarship during his National Youth Service ( 1981-82 ) as a teacher at the Government Secondary School, Numan, Adamawa State. He was subsequently appointed as an Assistant Lecturer at the Adeyemi College of Education campus of the Obafemi Awolowo University, Ile-Ife, in 1985, where he made significant contributions to the development of his department in particular and the institution in general. In 1991, he was appointed Lecturer Grade 1 by the University of Lagos, where he got to the peak of his academic career with his appointment as  a Professor of Political Economy in 2005 (backdated to 2002).

Prof. Tunde Babawale was the founding and until 2006, Managing Editor of the reputable UNILAG Journal of Politics. He was voted as the Best Lecturer in the Department of Political Science, University of Lagos, by the students in a survey conducted by the University for the 2003/2004 academic session. Prof.  Babawale is a member of many learned and academic associations and societies, some of which include: the Nigerian Political Science Association (NPSA), Historical Society of Nigeria and the Third World Forum among others.

After twenty-four years of distinguished scholarship, Prof. Babawale was invited in August 2006 by the Federal Government of Nigeria to serve the nation as Director/Chief Executive Officer of the Centre for Black and African Arts and Civilization (CBAAC), Federal Ministry of Tourism, Culture and National Orientation. Less than four years after his appointment, he transformed the thirty four year-old Centre into a world class art and culture Agency with international appeal and global reckoning. He also attracted to the Centre valuable institutional patronage and enormous goodwill.

Prof. Tunde Babawale, as a quintessential and an outstanding administrator, has to his credit the organisation, hosting and coordination of seven international conferences for experts on students and scholars of Africa and the African Diaspora Studies (Trinidad and Tobago, 2006; Republic of Benin, 2007; Rio de Janeiro, Brazil, 2008; Brasilia, Brazil, 2009, Abuja, Nigeria, 2010; Salvador, Bahia – Brazil, 2011 and Missouri, USA, 2012). Indeed, following the successful organisation and hosting of two international conferences in Brazil in quick succession in 2008 and 2009 respectively, he helped in the opening of a new chapter in the Nigeria-Brazil relations by facilitating the signing of an MOU between the two countries in Abuja, Nigeria on the 15th of March, 2010.

An exemplary Scholar and Researcher, Prof. Babawale is also a prolific writer. His books and articles, published in reputable scholarly journals, are very topical, and of contemporary significance. He has contributed to knowledge in form of monographs, authored books, edited and co – edited books, chapter contributions to books, articles in learned local and international journals, papers presented and published in learned local and international conference proceedings, and public lectures. His contributions in these numerous outlets total over one hundred and twenty (120). At the last count, he has published to date a total of Twenty One (21) books and Seven (7) monographs. His two-volume book titled: Nigeria in the Crises of Governance and Development (2006) is considered a laudable x-ray of Nigerian politics, governance and administration. His analysis of issues of contemporary significance in his book: Urban Violence, Ethnic Militias and Challenge of Democratic Consolidation in Nigeria (2003) brought to the fore the complexity and social reality of the management of diversity in contemporary Nigeria.

Consequent upon his contributions to scholarship and significant accomplishments as an outstanding public administrator and academic, Prof. Tunde Babawale has held positions of responsibility both within and outside the University and has received numerous awards and honours. The most significant of these include:

Precisely one month after his assumption of duties at the University of Lagos, he was appointed as the Dean of Students’ Affairs by the authorities of the University.

In June, 2017, Prof. Gabriel Olatunde Babawale was appointed and sworn in as a Member of the Lagos State Independent Electoral Commission ( LASIEC ) by His Excellency, Mr. Akinwunmi Ambode, Governor, Lagos State.