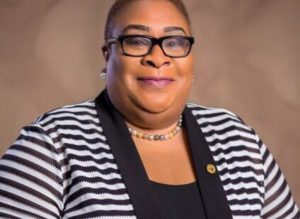 She gained admission into the Faculty of Law, University of Lagos, Akoka, Yaba following the advice of her father to study law. She graduated with LLB (Honours) in June 1973. She was called to the Nigerian Bar in 1974 and spent her compulsory National Youth Service Corps year in the then East Central State of Nigeria.

Her working career began when she served as a junior counsel in the Chambers of the late Kehinde Sofola, SAN in 1975. A year later, she was employed as a Legal Officer with the Lagos State Development and Property Corporation (LSDPC), where she rose through the ranks to the position of Secretary/Legal Adviser of the Corporation.

She is also a member of the Chartered Institute of Arbitrators, UK; Country Chair of the Nigerian Conflict and Management Group; Member, Board of Trustees, Association of Multi-Door Courthouses of Nigeria and Member of the Board of Directors of Lagos Court of Arbitration.

On the 29th June 2016, she was sworn in as the Chairman of the Lagos State Independent Electoral Commission (LASIEC.)

Apart from her love for law, Hon. Justice Ayotunde Phillips enjoys singing, reading, cooking, listening to good music, dancing, watching movies and travelling. She also has a passion for gadgets and loves exploring the beauty of modern day technology.