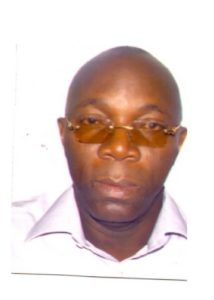 Dr. Omoseyindemi obtained his M.B.B.S. from the College of Medicine, University of Lagos in 1985 and between 1996 and 1977, he also attended the Institute of African Studies, University of Ibadan, Ibadan where he obtained a Master’s degree in African Studies with emphasis on Ethno Medicine. Dr. Omoseyindemi also attended a short course in Anthropological Perspective on Global Health between January and March, 2014.

He worked as a Medical Officer at the General Hospital, San Fernando, Trinidad and Tobago, West Indies between 1985 and 1987 and also served in the same capacity at St. Luke Hospital, Lagos between 1989 and 1991. He also served as Medical Director of Global Medical Centre between 1992 and 1996.

Dr. Omoseyindemi became a Consultant to the Nigerian Natural Medicine Development Agency, Federal Ministry of Science and Technology from 1998 to 2000 and within the same period, served as a lecturer in Herbal/ Ethno Medicine.

A thoroughbred medical practitioner, Dr. Omoseyindemi was the Chairman of the Lagos State Traditional Medicine Board between 2001 and 2015.

He is also a member of several professional and strategic committees on health such as:

The World Health Organisation ( WHO ) Member, Experts’ Committee on Traditional Medicine (2012 till date ).

Chief Coordinator, Lagos State Health Volunteers Scheme ( LSHVS ) among a host of others.

In the course of his medical career, Dr. Omoseyindemi has attended a number of conferences and seminars both locally and internationally. He has also written and published several articles and presented several papers on a wide range of subjects relating to his profession.

A member of several social clubs and associations, Dr. Omoseyindemi has received quite a number of awards from diverse organisations in recognition of his contributions to medicine and community development.