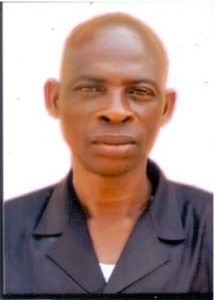 He also attended the Lagos State College of Education, Otto, Ijanikin between 1980 and 1983 for his National Certificate of Education, specializing in Economics/ Mathematics.

Mr. Ayedun later attended the University of Lagos, Akoka, Yaba, Lagos where he obtained a Bachelor of Science ( honours degree ) in Mathematics in 1995.

An educationist and school administrator, Mr. Ayedun worked as a Mathematics teacher in many secondary schools in Lagos State and subsequently rose to the post of a Vice- Principal (Administration ) at Alimosho Junior Grammar School, Alimosho before he retired statutorily as a Director.

He was a recipient of the best Vice- Principal award in the school for three consecutive academic sessions between 2013 and 2015.