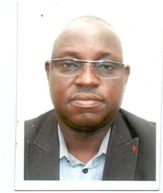 Mr.  Mutiu Adetola Sanwo attended Okemagba High School, Omojoija, Epe between 1975 and 1980. He thereafter worked briefly as a Clerical Officer with the Lagos State Ministry of Health between 1980 and 1983 before proceeding to the School of Basic Studies, Kwara State Polytechnic, for his Advanced Level School Certificate, which he obtained in 1985.

He was subsequently offered direct entry admission into the Ahmadu Bello University, Zaria, where he graduated with a Bachelors degree in Economics in 1988.

After graduating from the University, he worked as an Assistant Supreintendent (Accounts) with Law Union and Rock Insurance Company between 1989 and 1991.

In 1992, Mr. Sanwo was employed as an Inspector of Taxes 11, Grade Level 08 by the Lagos State Government and was consequently deployed to the now defunct Lagos State Board of Internal Revenue where he later served as Station Manager of various Tax Stations across the State.

He was deployed to the mainstream of the Civil Service of the State in 2005. Since then, Mr. Sanwo has served in the Ministry of Housing, the Public Service Office among others before his deployment to the Lagos State Independent Electoral Commission ( LASIEC ) in 2016. He is currently the Director of Administration and Human Resources of the Commission.